Good News for Those Who Need Debt Consolidation! 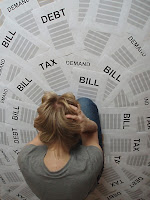 This week on ABC NEWS, I was able to share GOOD NEWS for those who are in need of help!

Consumers in a post recession economy are easy prey for advertisements that claim their company can reduce your debt by 50% or more in just a few months. Thousands of those who have been battered by the recession have succumbed to the ads and dialed the toll free numbers featured in these ads. They’ve also signed up for debt-relief services, often at considerable expense. Sadly, many of these consumers have ended up even deeper in debt than before they made the phone call. Today, let’s look at the facts.

Q. First of all, how bad is the situation among debt relief agencies—are most of those firms out to take advantage of consumers?

ELLIE: The situation is pretty bleak, the Better Business Bureau reports more than 3500 complaints about debt-relief companies since the beginning of the recession. Granted, it’s probably out of line to make gross generalizations and say that all debt relief agencies are out to take advantage of a debt ridden consumer. There are some out there that are doing a good job with minimal fees attached. But unfortunately, there are many more that are adding to the debt woes of those they say they are trying to “help.”

Q. Would you say that the debt consolidation industry has thrived during a down economy?

ELLIE: Absolutely, it’s one of those industries that tends to do very well during financially challenging times. All of the sudden, people can’t pay their bills and they hear about others who have gone to a credit union or a debt consolidation company that has combined their debt in order to reduce monthly payments. But I believe, personally, that this industry, which tends to be opportunistic at best—is about to see a major change.

Q. A rule approved by the Federal Trade Commission last week will make it much harder for debt settlement companies to make a living. How does this FTC ruling help consumers?

ELLIE: It’s primarily wrapped up in the way that debt consolidation companies can advertise. No longer can they promise to “wipe away your debt” or “reduce it by 50%.” These dubious claims about their success rates are coming under close scrutiny. But even more importantly, the rule will prevent them from charging upfront fees for their services, which is expected to put a lot of debt-settlement companies out of business.

Q. Do you think it’s a good thing that many of these debt settlement companies could go under?

ELLIE: Yes! As a financial expert for the last 20 years, I’ve seen a lot of businesses that are out to stick it to the consumer. I’m all about helping families get out of debt and in my opinion, the majority of these companies are adding so many fees, that a lot of the people I’ve talked to are actually in debt 3 to 5 years LONGER after going to these kinds of companies. It’s been a wild, wild west for debt settlement and it’s about time the sheriff showed up and put some of those guys out of business.

Q. But the problem is greater than just dealing with the debt settlement firms, right? Aren’t there other companies that contribute to this problem and what is the FTC doing about them?

ELLIE: Excellent point, and I’m glad you brought it up. There are others that contribute to the issue and the FTC is cracking down on those companies as well. For example, there have been marketing agencies that earn big commissions for signing up as many customers for debt settlements as they can. These businesses have no interest in determining whether consumers are good candidates for debt settlement—they are just going after the bucks. In fact, many of those who signed up for debt settlement end up in Chapter 7 bankruptcy.

Q. It almost sounds as if there are no good options when it comes to debt settlement—are there any “good guys” out there in the wild, wild west? Is debt settlement ever a good idea?

ELLIE: There are legitimate companies that don’t charge an upfront fee and they offer full disclosure about what they can and cannot do for the consumer. You can go to the National Foundation for Credit Counseling, a non-profit organziation that can direct you. There are consumers out there who have large credit card balances, need debt consolidation and are not good candidates for bankruptcy. In fact, a 2005 bankruptcy reform law created a “means test” that has made it more difficult for some individuals to file for Chapter 7 bankruptcy. And a bankruptcy filing will stay on your credit report for 10 years, which could make it difficult for you to get a job, particularly one that requires a security clearance.

Q. So, how to you find a company that can truly help consolidate your debt without taking advantage of your difficult situation?

ELLIE: The key is to ask them the right questions such as:
“What’s your success rate and what percentage of people drop out of your program?”
Before the FTC rule came into play, companies could cherry pick examples of successful customers to inflate their results. But now if the company claims it can reduce your debt by a certain percentage—for example 40% to 60%–then the consumer has the right to ask for objective evidence to support those claims. If they can’t provide the information, then they probably belong to the unscrupulous crowd.

Q. What are some other questions consumers should ask?

ELLIE: Besides asking about their success rate, the next most important question is: “How much will it cost, and how long will it take to settle my debts?” The biggest misconception that people have about debt settlement is they’ll get a service in exchange for an advance payment. Most of them do not do that. In fact, the new FTC rule now bars debt settlement firms from collecting any money until they’ve settled or reduced your debt. But you should still make sure you understand how much the service is going to cost and how long you’ll have to wait before you see results.