The Writers Corner – Can You Handle an SMT? 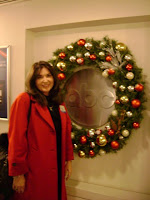 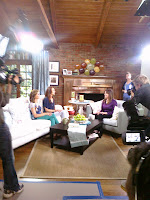 So you’re a writer. Then you get a book published and now you’re an author. Now it’s time to try your hand at media and you begin to do “phoners” or radio interviews on the phone. Next, you have a nice break and get to do some regional and even national television. Eventually, you’ll progress to the point where you’ll hit out of the nearest large city via Satellite and do an interview for a major cable or network station. Then, if you’re among the top 10% of authors, at some point, you may be ready to try an SMT or a RMT.

A Satellite Media Tour or Radio Media Tour is where an author is interviewed in back-to-back shows for anywhere from 3 to 6 hours. It usually starts at 6:00 AM Eastern Time, which is 3:00 AM Pacific Time (my time). This means I’ll wake up at 1:30 in the morning, go to the studio, go through makeup, then rehearse the interviews, then hit the first show live at 3:00 AM. The challenge is to stay alert and high energy for the next six hours through sometimes as many as 35 interviews. You won’t see your interviewers, but they will be in your ear as the the morning news teams from Boston to Los Angeles. You’ll hear them ask questions while you look straight into the camera and sometimes they’ll stick to the question list, but at other times they’ll throw you a curve ball. You will have 3 minutes for the entire interview in which you will need to deliver your points and then it’s off the air with a 2 to 3 minute break and on to the next show. Forget about going to the bathroom, that’s a luxury that isn’t built into the schedule!

Who sponsors SMTS? Sometimes, if your publisher has a boat load of money, they’ll give you media training and sponsor a book tour SMT. But those are quickly becoming a thing of the past. Most of the time there is a corporate sponsor, who will handle the bookings, pay the expense of the SMT and handle all the details. Your job is to give a good interview based on the predetermined focus of the SMT. It becomes a win/win for the author and the corporate sponsor. You get to promote your book and the sponsor gets to say “this interview brought to you by….”

SMTs are a strange breed, but I find them to be loads of fun because I like a good challenge. They’re like a media marathon and at the end, you get to go back to the hotel and go to sleep. Since most SMTs are done out of NYC, you might also wake up in time to hit a Broadway show.

It’s an adventure, but one that is worth it!