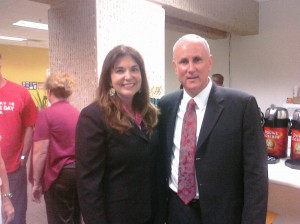 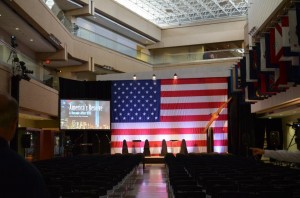 The first time I heard of USAA was when my minivan had a close encounter with a garage door. It was a sad day. We were moving with five kids 7 and under and Bob went onto the base to fill out the outprocessing paperwork. My plan was to go to a friend’s house and do laundry since all our household goods were en route to the new destination. These friends knew I hated the laundrymat with five kiddos, so they offered theirs. She gave me the code for her garage door (they were at work). I was so distracted with the kids and the move, that I “forgot” Bob had put the travel pod on top of the van.  I entered the code, got in the van and drove into the garage. The pod tore off the door and glass came raining down on the van. Bad day.

But apparently, USAA is used to distracted, military moms of many, because they took care of the van, the garage door, and my injured pride in one fell swoop. The adjustor was kind instead of being appalled–I got the feeling he had seen worse. Even if he hadn’t, he was out to make me feel better. We were back on the road by the next day and I wouldn’t revisit USAA until two years later, when I had yet another close encounter with a garage door. This time it involved a partially opened door that is not visible in the rear view mirror of a Suburban when there are five screaming kids in tow–especially when one’s hubby is on alert to fly in harm’s way in his F-117A Stealth fighter.

I had the privilege of visiting USAA headquarters when they brought out a bevy of bloggers to San Antonio. Home of the alamo and 5 million square feet of USAA office buildings. There’s a reason this company is some 16,000 employees strong–they have a lot of work to do to provide the best service possible to its members. From cutting edge innovation in mobile banking to prescient wealth planning, they know how to help everyone from a distracted mother of many to a military member in the red zone.  It’s what they do best.

One of the most significant ways USAA showed the bloggers their core values of service, loyalty, honesty and integrity was to invite us to their “Patriot Day Event.” This event honored first responders, family members of victims and military members in a powerful and patriotic presentation that featured Colonel Mark Tilman, USAF (Ret), who was the Air Force One pilot on 9/11. He gave us a play-by-play of that life-changing day from a birds eye view. Then the bagpipes marched and played, “Amazing Grace.”  The audience cried, we laughed at the jabs he made about Texans… but we all remembered. We will not forget.

After the Colonel addressed the 16,000, we had the honor of having him come into our blogger group and address 30 of us. One of the behind-the-scenes stories he told was about President Bush, after the war had begun and soldiers began coming home wounded. The President requested that wounded warriors be allowed in the receiving line for Air Force One. A line that was normally reserved for senators, congressmen, generals and other dignitaries. At one event, a young Marine, who had lost both legs , was in a wheelchair at the end of the line. In full dress uniform, he bravely began to hold a salute with a damaged right hand as soon as the jet landed. The Presidential aides radioed the on ground personnel to inform the “W” that this young man had trouble holding a salute. From his vantage point in Air Force One, Col Tilman saw the aide whisper to the President and watched the Commander-In-Chief push him off. Another radio call immediately came through, “The President says he know how to welcome home a Marine.”

Then, the most powerful man in the world, walked past the dignitaries, to the wounded warrior. He got down on his knees in front of the wheelchair, and wrapped his arms around him. The President waived over the family, who was behind the security barrier, and they all hugged each other with tears of tribute to the proud Marine.

No, we will not forget.

Thank you USAA for this experience…and oh, yeah, thank you for the garage doors.