How to Keep Your 401k Healthy 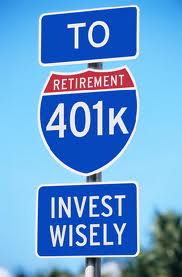 he 401(k), which has long been known as the ticket to retirement for millions of Americans, is under attack from within and has taken a hit in recent years. In recent years, a record number of participants in 401(k) plans took hardship withdrawals from their savings.
What is the long term impact of raiding your 401(k)?

Q. The news about early withdrawals on 401(k) plans is worrisome and yet thousands of participants are making these decisions in increasing numbers. Why do you think people are taking the early withdrawal?

ELLIE: I think that it is worrisome when you are borrowing on tomorrow’s retirement to handle today’s financial issues. But I think that the vast majority of those who are taking this money out are doing it to pay their bills. Some have had their hours cut or maybe a spouse has lost their jobs. Others have seen their kids college fund shrink to where they cannot afford to pay tuition for this year and they’re raiding their 401(k)s to pay that hefty bill. It’s just a sign of the hard economic times in which we are living. Our parents’ generation tended to work for someone who gave them a pension check for the rest of their lives. This means that current workers may not have been raised with the mindset that they control their own pensions and need to make funding their own retirements a priority. There’s an alarming trend that involves looking at 401(k) accounts as “now” money when it’s really “later” money, that really must be saved for later.

Q. Aren’t there certain stipulations associated with a 401(k) hardship withdrawal? How easy is it to get?

ELLIE: I think that the increased percentage of those who qualify for an early withdrawal indicate the financial strain that many families are facing because this kind of withdrawal is not easy to get. Under IRS guidelines, 401(k) administrators can grant hardship withdrawals only for specific reasons, including tuition payments, the purchase of a primary residence, unreimbursed medical bills and prevention of foreclosure.

Q. The IRS has guidelines for hardship withdrawals, can companies also impose additional limits on their employees?

ELLIE: Yes, and in most cases the company rules are even tougher than the IRS. So if that number of Americans managed to actually secure a 401(k) hardship withdrawal, then it is a huge indicator of how the financial difficulty that many Americans are currently experiencing in our present economy.

Q. Of all the reasons you mentioned for taking a withdrawal, what is the number one reason that participants are raiding their 401(k)?

ELLIE: The number one reason is to pay the mortgage in the face of a foreclosure. In the second quarter, nearly 10% of households with a mortgage were at least one payment behind on their loans, this is according to the Mortgage Bankers Association report that came out last week. Families who feel they may lose their homes often believe they have no choice but to tap their retirement savings. But many of those families have not yet exhausted all their resources. If it’s a short term problem, then talk with your mortgage lenders and see if they will suspend or lower your payments over the next three to six months until you are back on your feet again. They can also go to MakingHomeAffordable.gov, which is a federal government website with the goal of helping families by providing free HUD-approved counselors who can help you modify your mortgage. These are far better options than raiding your retirement fund.

Q. What about those families who are tapping into their 401(k) to pay tuition, you say this is a very bad money move, why?

ELLIE: As a mom with three kids who have graduated from college, two kids in college and two more headed toward college, I believe I can speak to the importance of getting that college degree. That having been said, I still think that those families who pay for tuition with their retirement dollars have their priorities wrong. There are other ways to pay for college, including taking a year off and working, going to a junior college for a couple of years, getting funds through an internship or work/study program or even getting a loan. You can get a loan to fund college but you can’t get a loan to fund your retirement. I never think it’s wise to borrow on your own future to pay for your child’s short term goal.

Q. What are some of the taxes and other penalties that arise when you take a hardship withdrawal?

ELLIE: These taxes and penalties are the main reason I say that it’s not a good idea to raid your 401(k) and one of the primary reasons is that, depending on your tax bracket, you could end up giving a third or more of your money to the IRS. You’ll have to pay income taxes on the entire amount of your withdrawal, at your ordinary income rate. And if you’re under 591/2, you’ll also have to pay a 10% early withdrawal penalty. Since the average age of those who took the hardship withdrawal in the second quarter was between the ages of 35 and 55, this tells us that most workers who took the cash are paying the penalty!

Q. You also say that there is an intrinsic “opportunity cost” that arises at the time of withdrawal, what is this cost?

ELLIE: When you take a hardship withdrawal, you’re prohibited from contributing to your 401(K) PLAN FOR SIX MONTHS! That means you’ll miss out on any investment gains you could hae earned by contributing during that period. You’ll also miss out on the company match, which is a guaranteed return on your investment and depending on the match, it’s usually much more than what you can earn in the market if you made your own investment. For example, if your company matches 50% of what you put into the account, you just won’t find another investment out there where you would get a 50% return on the money you put into that investment. So there’s a double jeopardy penalty associated with early withdrawal. You’ll pay for it now and you’ll pay for it later—then at retirement, you’ll pay for it all over again because you won’t have that money in the account.

Q. What about the fact that you can deplete an asset that is off limit to creditors, how does this impact a participant?

ELLIE: While raiding an account to avoid bankruptcy or foreclosure is a well intentioned money move, it’s also foolish because if you end up in bankruptcy anyway, then you’ve passed up the benefit you have in the fact that most retirement accounts are protected under bankruptcy laws in most states. And when it comes to 401(k) accounts specifically, it’s important to know that when filing for bankruptcy protection, creditors will go after your assets to repay your debts but federal law protects your 401(k) from creditors.