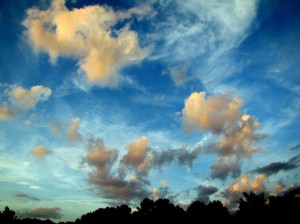 This past weekend, I spoke to a large group of parents who have kids at the United States Air Force Academy. These “kids” will graduate as 2 LTs and lead our Air Force in the years to come. My WGFP (World’s Greatest Fighter Pilot) and I are the Presidents of this club, since we have a “firstie” there and we were giving advice to the “new” parents of “doolies.” I encouraged them, “Don’t waste time worrying because there is nothing positive that can come from worry. There’s a 95% chance that those things you are worried about will never happen. But even if it does, then you’ve worried twice.”

I went on to say, “while they are at the Academy for four years, they aren’t deployed or in harm’s way.” The audience seemed to visibly relax at the thought of dumping worry as a toxic companion. Thinking of my Marine, I continued, “And when they finally do go into harm’s way, you still don’t have to worry because you can pray.”

PewResearch.org published their findings that 78% of Americans indicate they pray daily or weekly. So it’s not really an outrageous or far-fetched idea to suggest prayer as a way of eliminating worry. I know that’s what I do, sometimes several times a day, for my military sons.

On July 5 of this year my Marine wrote: “We went out on the 4th of July and got a literal taste of rockets red glare, bombs bursting in air. We had 40mm grenades going off, machineguns popping, an F-16 flew really low as a show of force to scare the Taliban away so we could load our birds. We gave them a good taste of American freedom.” The complete story, with our Marine’s quotes was detailed on the Marines Official Website.

Most moms might be scared spitless when they read that description of close calls and firefights. But this mom is one of those 78% that believes in the power of prayer. As a full time writer, I’m also very imaginative and visual, so as I read his words I actually saw his men in the field, with the rockets and bombs, but in my mind’s eye, I saw something absolutely amazing—I saw angels embedded with the unit. The next scene I imagined had the guys, in full battle dress, sitting on the helicopter, with all of them safely aboard. There was that lingering adrenaline from the firefight, but also a huge sense of relief that they were safe. As they sat in their seats and the helicopter raced to safety, I saw the same angels, sitting next to the men—wearing the same relief as their expressions.

Once again, I’m in good company because 8 in 10 Americans, according to a recent AP poll, believe that angels intervene in our lives. I know they do and that’s why I pray and ask that they get sent on deployment with my Marine. 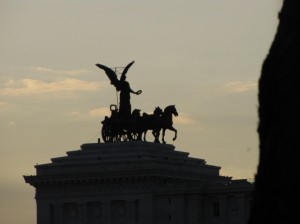 What about you? What do you do to gain victory over worry? Let me hear from you!

And if you want our team to pray for your military member, just email us and we will get you covered. Thank you, my friends, for being Heroes at Home!