There are a couple of passions I have when it comes to empowering people: women who make a difference and people who help military families. Women of Worth, is sponsored by L’Oréal Paris, honoring extraordinary women making a positive impact in our world. I interviewed a couple of the honorees for this blog and I was truly inspired. 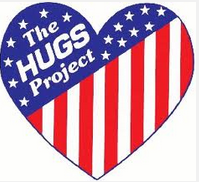 Karen Stark is an honoree who founded The Hugs Project in May, 2004 in Oklahoma along with her husband, Ray, as a non profit 501 C 3 organization. They were the first ones to send cool ties (affectionately nicknamed “hugs” since they go around the neck) to the Middle East. Karen recognized the need to help keep American Troops and our allies cool during the summer and warm during the winter. Their dedicated group also sends care packages and other handmade items to our Service Men and Women. This is our way of saying, “Thank you, we respect you and appreciate everything you do for our Country. Thanks for protecting our freedoms”.

Karen, a former Navy wife said, “I wrote a letter addressed ‘to any service member’ and met my husband. He served 10 years and we also have a Navy fighter pilot nephew who retires tomorrow. We mailed care packages to other military members and to our own military family members as well.”

The Hugs Project has members in every state and 58 foreign countries. The OKC group meets three times a week in the Oklahoma City area (W, Th and Sat from 10-4), but they are constantly growing and now have “group hugs” in many other cities. They have active groups in Atlanta, GA; Sacramento, CA; Boring, OR; Austin, TX; Kansas City, MO; Elkhart, IN; Longmont, CO; Paducah, KY; and more cities have groups forming right now. Their newest group is in Idaho.

Karen proudly states, “We consider it an honor to be able to help some of America’s finest men and women serving in our Military. Our hope is that every American citizen in the Middle East can receive a “hug from home”. They are really easy to make and our troops over in the sandbox love them, along with all the goodies we send them.”

This group has sent out over 1.9 MILLION “hugs”, 300,000 “kisses” (helmet coolers), and more than 900 TONS of care package items. They are committed to improving quality of life for our dedicated U.S. Military Troops. 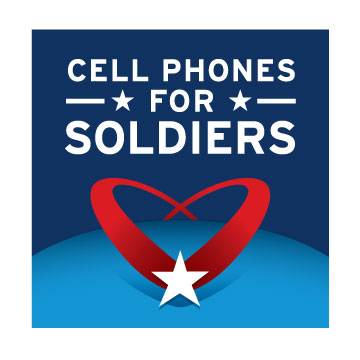 Another honoree got started when she was only 13 years old. Brittany Bergquist (Mass) is the co-founder of  Cell Phones for Soldiers, a nonprofit dedicated to keep military families connected by offering them cost-free communication services. To-date the organization has provided more than 213 million minutes of free talk time, serving 600,000 servicemen & women each year through providing more than11 million recycled cell phones for military members and veterans.

As a small child, Brittany Bergquist was not your average kid. A child of two public educators, Bergquist’s philanthropic initiatives began early. Her first act of giving consisted of 10 inches of her hair for Locks of Love. By age 13, Bergquist’s ambition and generosity began to shape her life. In 2004, together with her brother, Robbie, Bergquist co-founded Cell Phones for Soldiers, a 501(c) (3) nonprofit organization with a mission to provide cost-free communication services and emergency funding to active military members and veterans. To date, the Bergquists’ efforts have provided troops with more than 213 million minutes of FREE talk time through their calling card program, Minutes That Matter and prevented more than 11.6 million cell phones from ending up in landfills.

In 2012, the Bergquists’ launched, Helping Heroes Home, an initiative of Cell Phones for Soldiers that provides emergency funds for returning veterans to alleviate communication challenges as well as physical, emotional and assimilation hardships. More than 2,700 veterans have been assisted through Helping Heroes Home.

Now, age 24 and a recent graduate of Stonehill College, Bergquist spends her free time improving the quality of life for thousands of servicemen and women. As co-founder and director of Cell Phones for Soldiers, Bergquist travels both nationally and internationally for media appearances, speaking engagements and more. While in college, she acted as a civic ambassador for Stonehill. She also interned at Target, the Boston Bruins and General Motors where she worked on the GM Military Discount program. Bergquist currently works in marketing for an international toy company.

Brittany was originally inspired to do something, when at the age of 13 she said, “I had a cousin who was a chaplain and an officer in the MASS national guard. They were setting up to deploy and a story about a military member with a large cell phone bill was printed. It made me want to do something to help our soldiers.”

She says that the Women of Worth honor “means the world to us. To get a donation from Loreal and be a part of that community has done a wonderful thing. To be in the presence of women who have done other things for their community is amazing.  It also gives us a way to interview with various media outlets and get the word out about our programs.

Do you know a woman that you would like to nominate for the Women of Worth honor? Then apply now as the deadline is May 31, 2015. Now in its tenth year, the program has recognized 90 incredible women for embodying the spirit of the L’Oréal Paris brand, through commitment to their communities, selflessness and drive to make a difference in the world.

To learn more about the program and this year’s Women of Worth visit WomenofWorth.com, and L’Oréal Paris on Facebook (www.facebook.com/lorealparis) and Twitter (www.twitter.com/lorealparisusa). Follow the conversation using the hashtag #WomenofWorth.