An Unsung Hero – Thank you, Mickey

Good leadership doesn’t just last a day, it can last a lifetime. In fact, I believe that great leadership has a generational impact that will influence our country for decades. 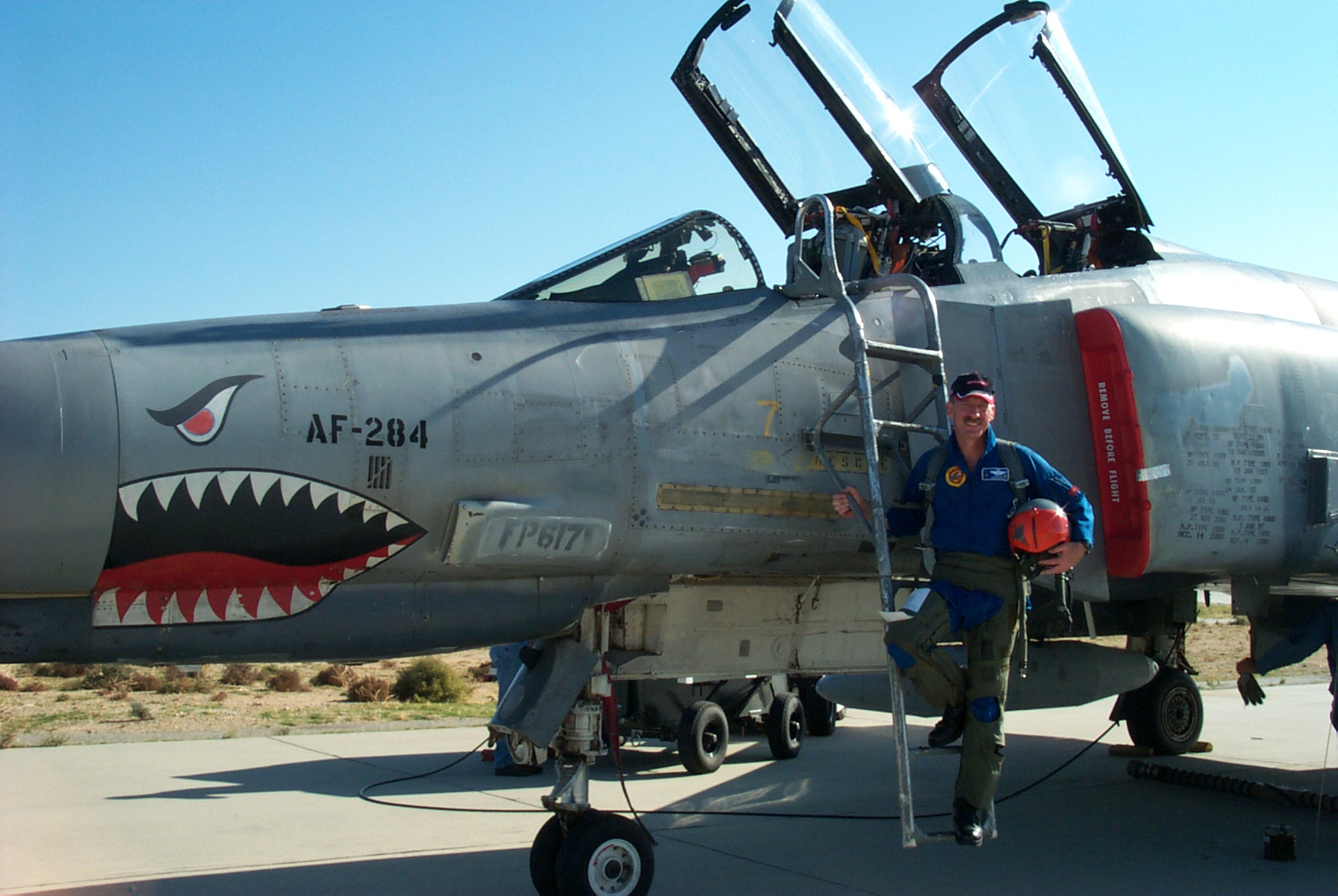 Before my husband, Bob, was “The World’s Greatest Fighter Pilot” and dad of seven amazing kids, he was a underprivileged kid from Reseda, CA. In my work recruiting for military academies today, I would classify him as a “diversity student” or one who had to overcome tremendous circumstances in order to be successful.

Both of us came from dysfunctional families and it’s a miracle of God that we were able to forge a new legacy for our children—one that was different than what we received. Bob’s family of origin was filled with abuse, abandonment, and alcoholism.

But before his dad left the family, he took his seven year old son to an air show and Bob saw the Blue Angels perform in their F-4 Phantoms. He pointed to the sky, “When I grow up, I want to fly those airplanes with the funny noses.”

That’s exactly what he did. Bob began and ended his career flying the Phantom as well as many other jets, including the Stealth F-117A fighter.

But Bob didn’t get there alone.  Into this hopeful young man ‘s life walked an FBI agent named Harry “Mickey” Brown. He was an ALO (Admissions Liasion Officer) for the United States Air Force Academy who saw the untapped potential in the poor kid from the wrong side of town. Mickey went above and beyond his duties as an ALO and made sure that Bob got a Congressional interview and the right letters of recommendation. He is the reason Bob was able to live his flying dream. 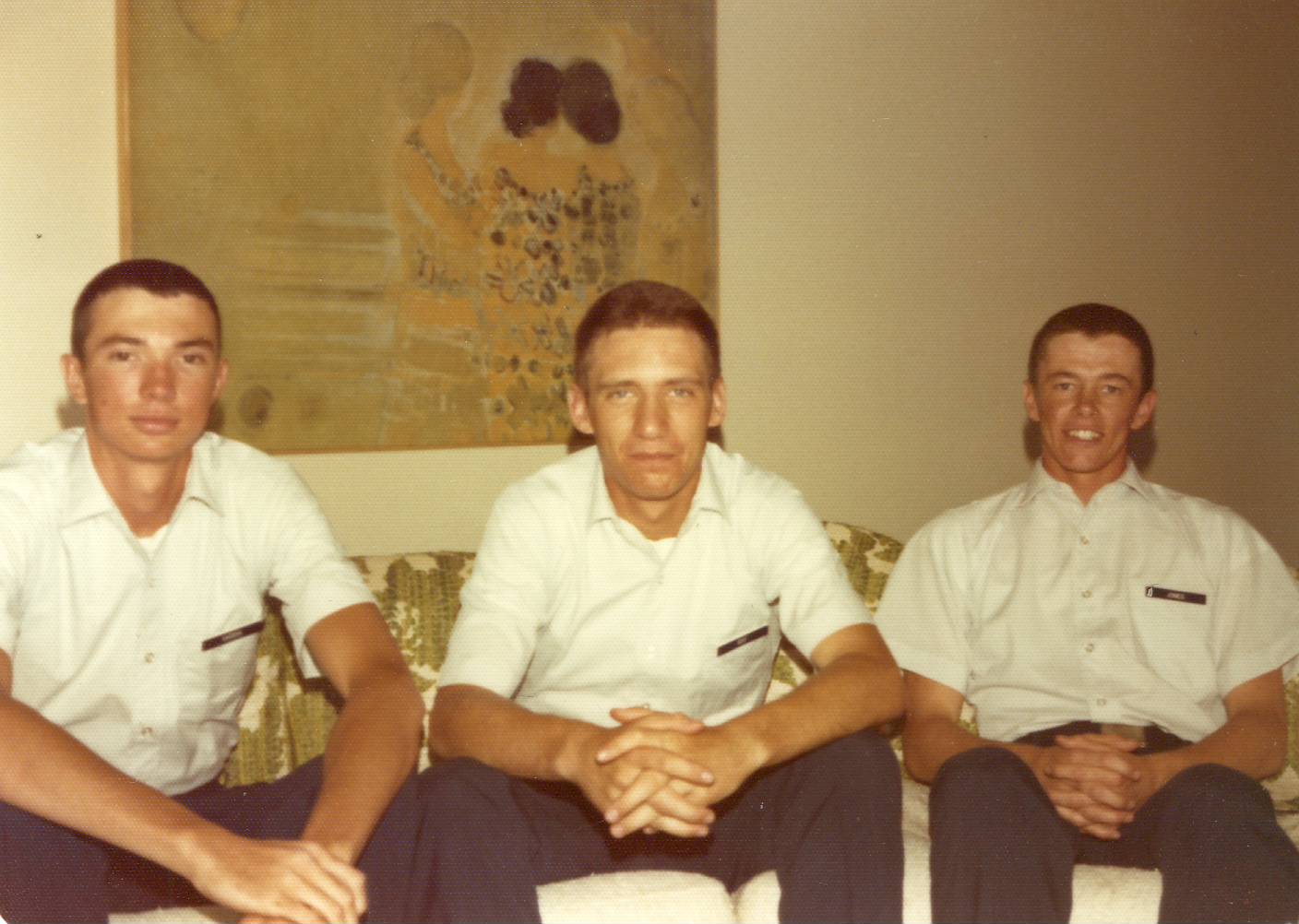 Fast forward thirty years and the lessons in leadership that Mickey taught Bob were also being taught by Bob to his own children. In addition, Mickey taught them to our son, Jonathan, while he was attending the Air Force Academy. During Jonathan’s time there, Mickey, who had moved to Colorado, would take him to and from the airport and attend special leadership events at USAFA, aka “the zoo.”

In fact, when Bob and I presented to 500 Airmen at the Yellow Ribbon Program in Florida a couple months ago, my husband paid public homage to the man who took the time to give him a chance at life, Mickey Brown. When Bob got to the point in his speech when he was trying to express his gratitude for someone who would believe in him, he choked back the emotion, “I will always be grateful to Mickey Brown for taking a poor kid from Reseda and helping him become a fighter pilot.” 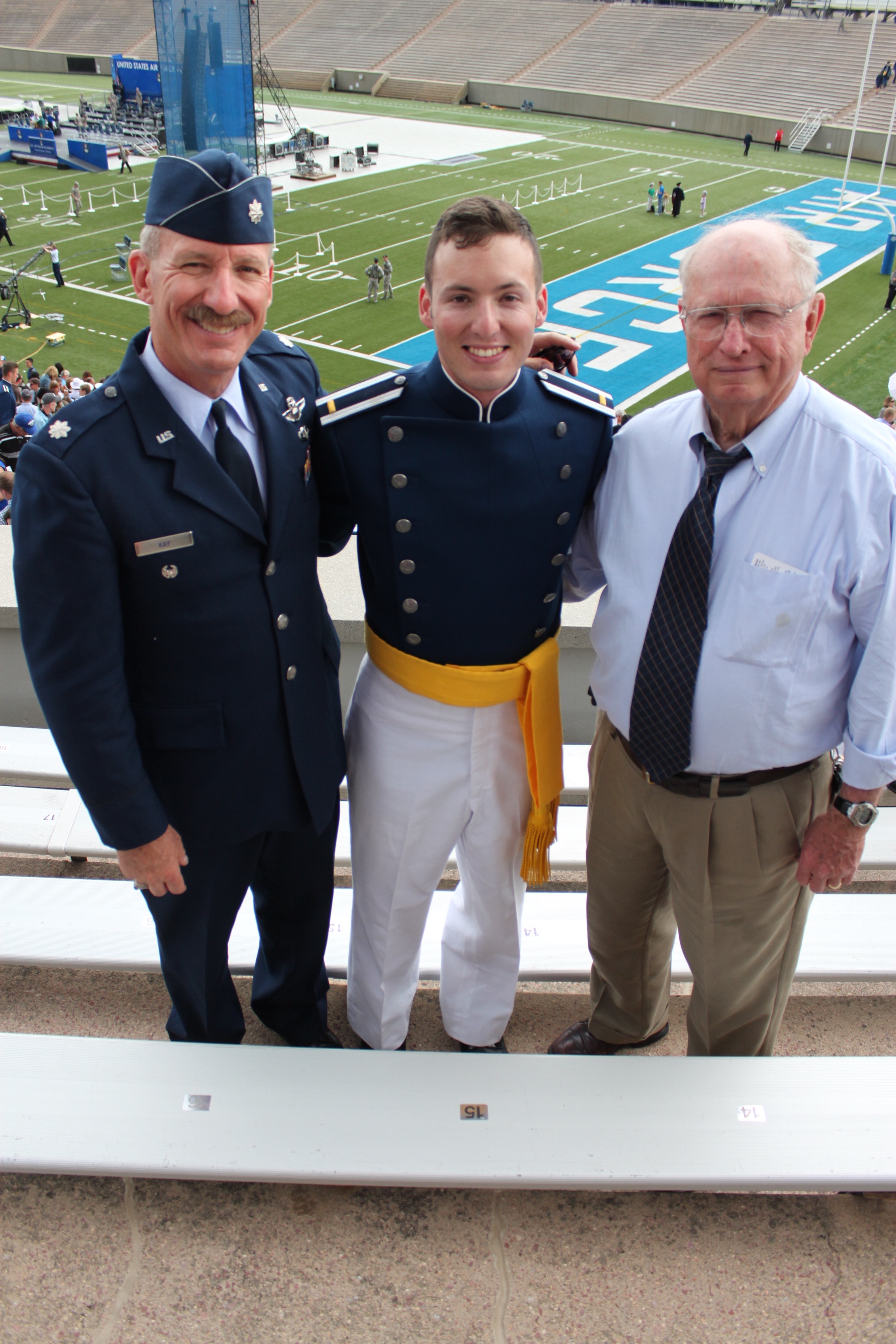 At Jonathan’s graduation from the Air Force Academy last month, the infamous Mickey Brown was there. I told him the story of the Yellow Ribbon program and about Bob’s emotions and his words of tribute to his old ALO.  The magnitude of the impact of his work with kids hit the seasoned warrior with a force that isn’t often felt in the day-to-day of life. Bethany, our daughter who was a witness to this generational leadership remarked, “Well, you know, YOU are the reason we are here today.” Tears flooded the eyes of the unsung hero who made the Kay military legacy possible, “Aw, stop it or you’ll make ME cry.”

And when those hats flew up in the air at graduation and the Thunderbirds roared overhead, there was at least one man in the crowd who knew his investment in future leaders paid off in a significant way.

Thank you, Mickey Brown, on behalf of a grateful nation and a very grateful Kay family. 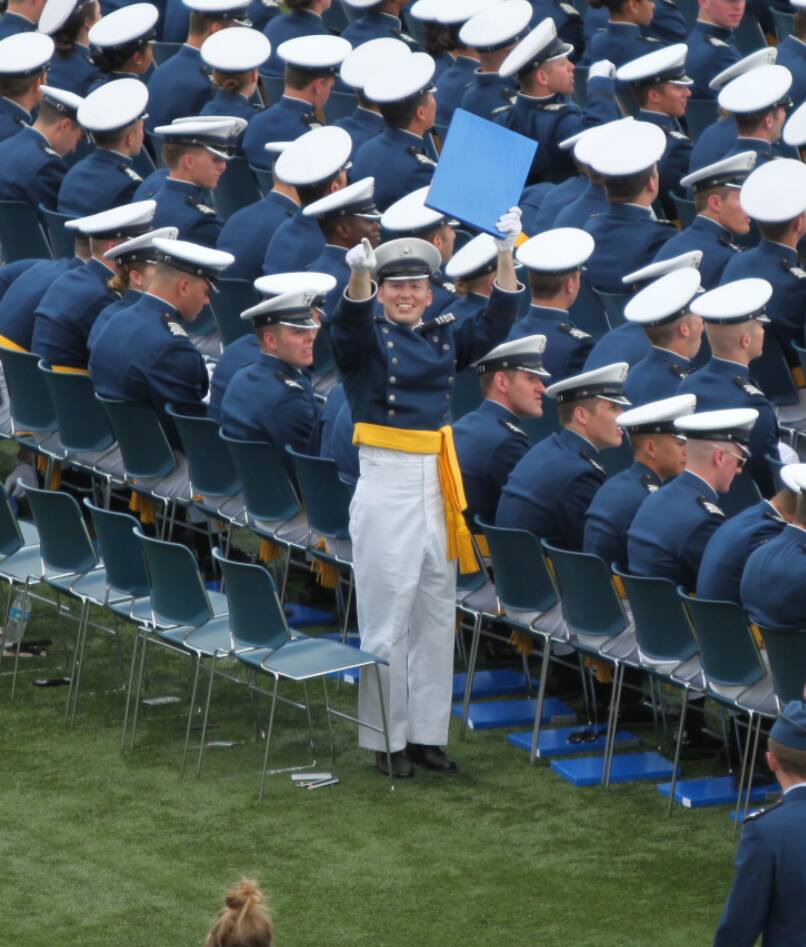