The Miracle at Goodfellow AFB

Does everyone want to come to our Heroes at Home Financial Event?

I wish I could say very confidently, “yes!” But that’s not always the reality among our young military members. 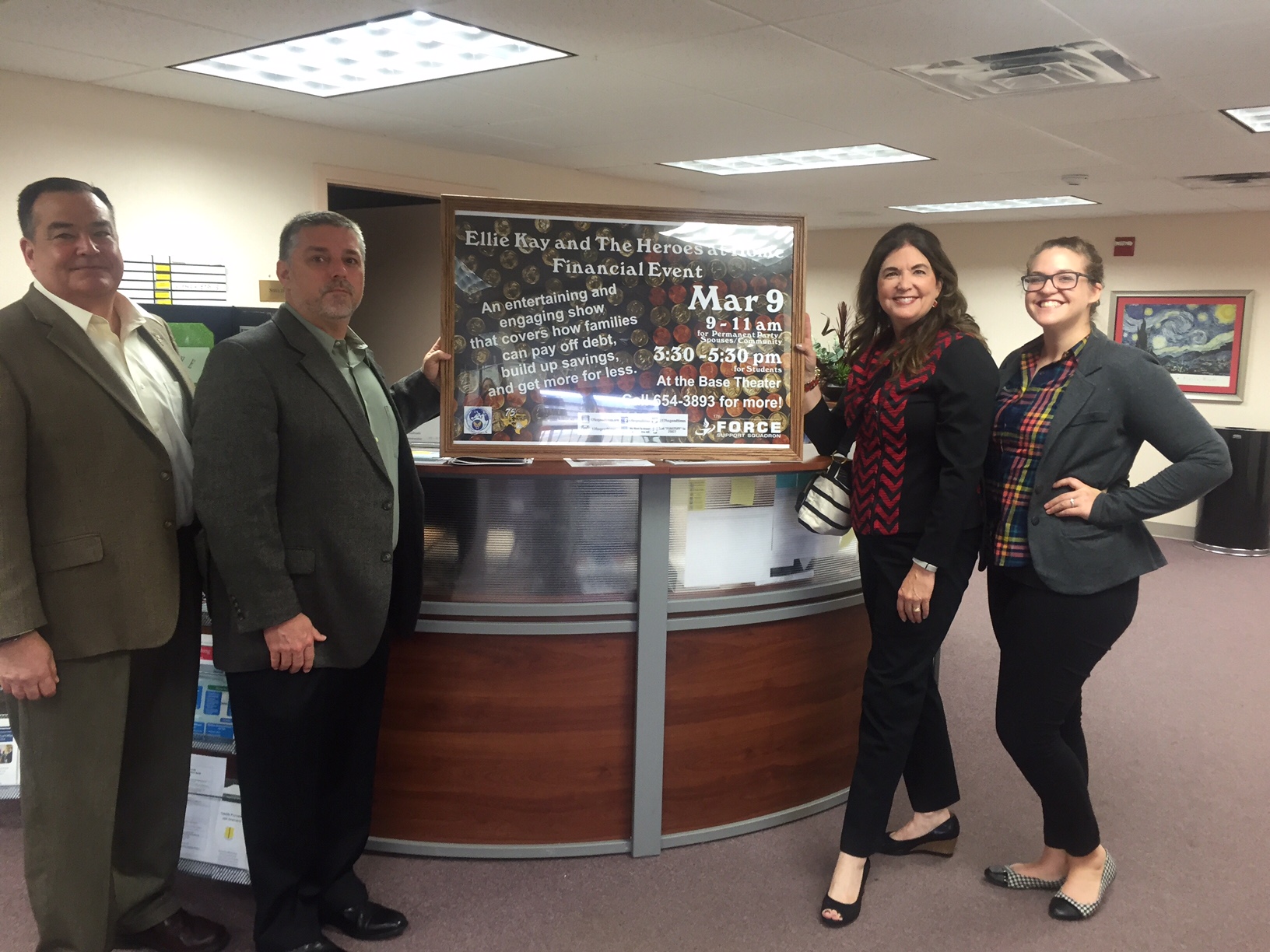 Do the majority of our attendees leave our event glad that they came?

I can confidently answer, “YES!”

Let me give you the two events we did at Goodfellow AFB as examples.

The first crowd was lighter (less than 100), they were tracking fairly well and had no problem getting into the event. In fact, they raised their hands to answer some of the questions (even the rhetorical ones) and it was so endearing. (Only the bases with young Airmen who are students actually raise their hands, most audiences just yell out answers.)

This was the first time that our new team member, JJ “money-can’t-buy-me-love” Montanaro, from USAA, was with the Heroes at Home team. He asked the question,

“What have you learned, so far, about what you can do to help your finances?”

There were three attentive AITs (Airmen in Training) near the front row who raised hands and one answered correctly.

JJ smiled, affirmed their answer and said, “Ellie should be proud of your answer!”

Then all three looked over at me and beamed with smiles that said, “I got that right!”

But the afternoon audience of (300 AITs) was just a wee bit different. I’m not going to say they were difficult, but as a mother of seven, they did remind me of a room full of cranky toddlers who were hungry, thirsty and just wanted to take a nap. But they had to sit through our event at the end of a long day of classes and before dinner.

I tried to warm them up. They resisted.

Bethany, our favorite high-energy-millennial-emcee tried to work her foolproof magic. They scoffed.

Rod Griffin, our credit expert from Experian gave his piece almost perfectly, as only a guru can. But even he had trouble warming them up to the presentation. He remarked from the platform, Rodney Dangerfield style, “Wow! This is a tough crowd.”

But then, at the end of his presentation, Rod spoke from the heart. Telling them of his own family’s military legacy and sharing his sincere appreciation for their service, for what they do to keep the rest of us free. They began to melt.

Then JJ came up and the atmosphere continued to change for the better.

It became more evident when Bethany introduced him and announced his military service as he walked on stage and there was a shift in the heavenlies.

It was as if he came to the platform with food, bottles of chocolate milk and warm blankies. He just started talking and joking and doing an Army schtick and he didn’t give up. He was nothing short of the “Airman Whisperer.”

By the time he was done, they were listening, awake and engaged.

As I got up to give the closing “Heroes at Home” inspirational piece, all 300 of those young men and women were ready to hear a good word in due season.

About 3 minutes into my last segment, they were awake, even the scoffers were watching me intently and it was as if I had just witnessed a miracle. No sleepers. No sarcastic looks.

Only Airmen, who began to wake up to the idea that their integrity mattered, their service was appreciated and excellence is not just a concept, but a life-and-death decision.

Was JJ the miracle worker?

Not entirely. But he facilitated a big piece of it.

It was a team effort. Bethany just kept going back up between presenters, keeping up the professionalism of giving good information in a high energy manner. Rod did his part to break the ice and keep the forward momentum going.

It takes a team, an outstanding team.

Every presenter gave one of their best speeches and nailed every point—on time.

Together, as a team, we witnessed the reason why we do financial literacy — a breakthrough among those who may have appeared disinterested at times, but those who were listening and would remember some of the concepts we presented, especially when they needed them in the future.

Thank you, USAA, for your donations that make this non-profit financial education possible in conjunction with Heroes at Home (a 501c3).

Our tour continues, so please stop by one of our bases and witness the miracle of a team working in unison for the like-minded cause of financial readiness for our military members! 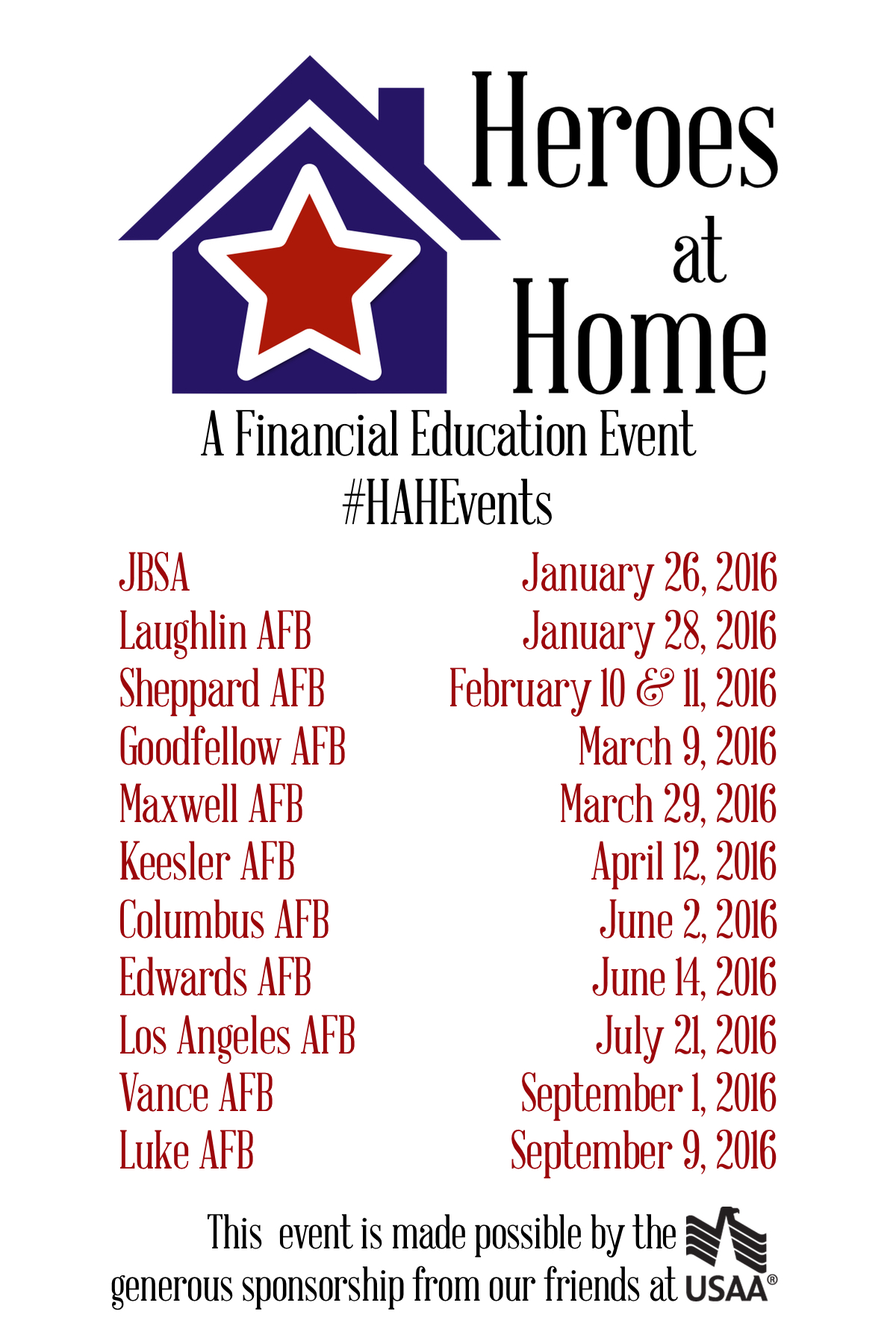