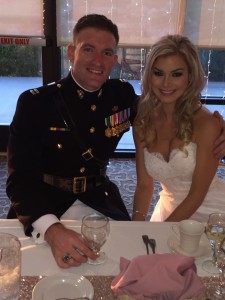 “They say when you marry in June, you’re a bride all your life.” That’s a line from a song in one of our favorite musicals, “Seven Brides for Seven Brothers.” It’s also a good reminder that when you prepare for your wedding, you need to think about details beyond the big day. In the Kay family, we have two Kay weddings in a two month time period. Since we’re in wedding season, I’ll use the next couple weeks to cover a few wedding preparation topics. Today’s post is about the budget.

An old proverb says, “A wise man counts the cost before he builds a tower.” One of the main mistakes engaged couples make is not setting a wedding budget, or expecting parents to cover expenses beyond their ability to pay. So how do you figure out who’s paying for what? You have to ask the right questions so you can gather all your financial facts.

What are the financial expectations from the bride’s parents?

The biggest mistake you can make here is assuming the bride’s parents will be covering all the expenses. All parents have some form of financial limitation, so it’s important to talk to them about it ahead of time. Some may give a lump sum; some may pay for specific things like the dress and/or reception. It’s usually best to be direct, polite and flexible when gathering information from the parents who traditionally pay for the majority of the expenses.

What are the financial expectations from the groom’s parents?

Tradition says that the groom’s parents are only expected to pay for the rehearsal dinner, but sometimes they may be able to cover more (or all) of the wedding costs. Talking to them about their financial limitations will both help your budget and encourage them to contribute willingly.

Are there any others who can contribute financially?

Sometimes grandparents or other relatives will offer to pay for part of the honeymoon or something else as their wedding gift. While you probably shouldn’t approach them about contributing, it’s a good idea to keep a list of who has offered to pay for what.

What expenses will the bride and groom cover?

It may be hard to ask some of these questions, but it will be harder if you’ve already gotten the financial ball rolling or if you’ve waited until the last minute. Setting an appropriate budget will help you avoid going into debt, which is what I’ll talk about in my next wedding post.