I Do Not Hate You

Technology–you gotta love it, and hate it, too.

On Jan 1, I published a very fun blog, that my readers loved. Then we transferred over to a new platform and it was forever lost.

So I’ve revived it, now that we are a few months into 2017 to remind us that this is going to be a good year!

My daughter, Bethany, and I have a close relationship that often baffles the unassuming bystander. While we have been known to have a hearty row every now and then, we prefer to laugh early and often. One of our shticks is performed when we try to call or text 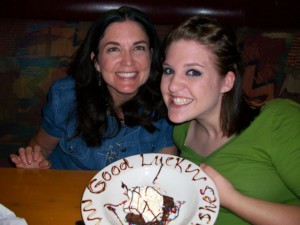 each other and the recipient fails to answer. Our ever-mature response is to call and leave voice mail saying,

The other party is to respond as soon as possible with assurances that you are not nearly as hated as you think.

We have variations of this hilarity and while it seems unhealthy from the outside looking in, it works for us.

At the end of 2016 and beginning of 2017 we hear a lot about how eager some are to release 2016 to the dregs of a year gone sour: a year of political strife, unequalled loss and anguished setbacks. In short, they hated 2016.

In 2015 my Marine son was in a combat zone in Iraq, in 2014 he was in regular firefights in Afghanistan as an infantry platoon commander.  Had I been prone to hate a year, it would have been 2014.

In 2016 that Marine married his true love and I gained a daughter. I know it’s a cliché, most mother-in-laws have to say that, right? But in my case, I really expanded the tent pegs of my heart to let another inside. This young lady read my books before she met me, she 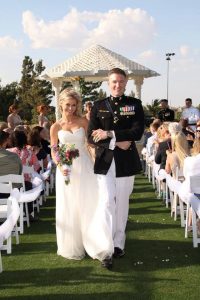 knows my son better than I, and she works kindly and lovingly behind the scenes to foster our family’s unity. She calls me “mama” and she calls me regularly.  She gives me gifts (my love language is gift giving) and she makes me laugh. Yeah, I hear you “Ellie, you are painting this girl in shades of YOU—what she does for YOUR son, how she makes YOU feel, and the value she brings to YOUR family.” You are right. I am.

In 2013 my daughter Bethany, a recent college graduate, left the good old US of A and moved to England to serve at a non-profit that benefitted children. She mended hearts of kids who needed to hear about hope. She got to see a number of countries and experience other cultures and that was good. But the non-profit organization broke her heart. Amidst poor leadership, false accusation and territorial dogmas my daughter lost her joy. The “bouncing Bunny” came back shattered and in need of healing. If I could have hated a year, it could have been 2013.

In 2016 that daughter married her true love and I gained a son. Yes, here we go with the cliché’s again. But if you’ve never enlarged your heart to let someone who is not your own child in, then you don’t know what I’m talking about, so don’t judge me. This young man is guileless. Truly, he knows no guile. I don’t know if he’s a good poker player because he just doesn’t lie very well. My daughter had mended from her terrible-no-good-very-bad-year and was able to present him with a whole, healthy heart to have and to hold forevermore.  He calls me “mama” even though he has a great 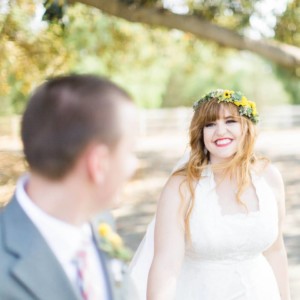 family of his own and they are part of the assets he brings to our lives. He adores my daughter. He gets her. She chose well and they gained a “happily ever after.”  Of course they’ll have challenges, loss and heartache. But they’ll have each other and that does a mama’s heart good.

In 2016, our family saw other great gains—my grandson’s 2nd birthday party with doting parents, Army beat Navy after 14 years, a son started pilot training, another son began his senior year at West Point, my children gathered from far away places for the weddings & holidays, and we welcomed our first grandfurbaby named Schmidt (yep, from New Girl, but the dog is better behaved.) My conference team successfully completed 15 events at 10 bases with Heroes at Home, providing financial literacy education to service members thanks to USAA.  I have a passion for these people and I got to live out that in my work this past year. The last part of 2016 had us planning 2017 with 25 events at 17 different bases in five countries—a success by any standard.

In 2016 had my focus been on politics, social justice or mortality, I would have hated this past year. Had I chosen to look at the family drama, broken friendships, missing family & friends associated with 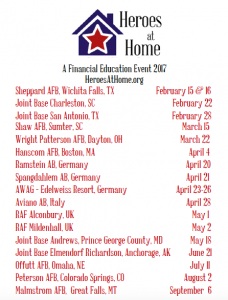 the two Kay family weddings—I would have hated 2016. There was plenty of negativity to focus on this past year both in our family and in our world, but I chose to focus on what went right, not what went wrong. I chose (not based on feeling, but based on a decision of the will) to focus on what we have instead of what we don’t have. I tried to choose wisely.

As I’m writing this blog on January 1st, I turned off my phone to concentrate on the task at hand. I missed a few texts, a call goes to voice mail. I proof and edit my work, choose the photos to accompany the blog and populate it for the appropriate day.  Then I listen to my voice mail. I have a “Happy New Year” message from my daughter that begins with,