Courage is one of the main characteristics of the service members that we serve in our free Heroes at Home Financial Event and in our Money Millhouse podcast. 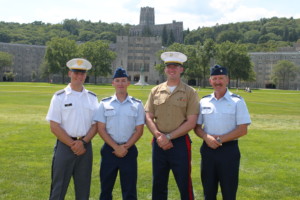 Those who are currently serving volunteered to serve during a time of war and that requires courage. But their families, the Heroes at Home need courage as well. I’ve sent a fighter pilot spouse into harm’s way and now we have three sons who currently serve. Two are infantry officers in the Marines and Army, and the third is a fighter pilot in the Air Force. It was ok when they were at their respective service academies or in training. But it’s a different story when they are deployable.

While it’s hard to send off a spouse, I have to admit that it’s even harder to send a child. I stop breathing for the months they are deployed. Because I know my infantry sons will be involved in air assault missions and facing firefights. They are all home now, but even writing this brings tears to my eyes as I know they will deploy again. I spend a lot of time in prayer for their courage and their safety.

We’ve taken our tour all the way around the world and when we were in Alaska several years ago, I spoke to the spouses of the Army Stryker Brigade, who were deployed. Their military members had suddenly been extended from a year to 15 months. It became a debacle because 1/2 of the troops came home and were immediately redeployed, while the other half stayed in harm’s way. 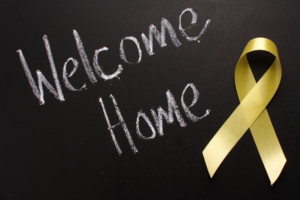 I didn’t mix words as I told them that when their military member is deployed into the theater, they have one role and that is to tell their spouse , “I love you, I’m proud of you and I will be all right.’” This is NOT the time to vent on them, tell them about troubles, or say negative things. Spouses can vent with a trusted friend, a chaplain or even their puppy dog—but it’s important to NOT vent on the military member when they are deployed. The reason is because they are there to do a job. They took an oath to serve our country and do their duty.

As these young spouses left the event, they said, “Now I know what I need to do.” We gave them hope that day as well as a plan of action.

Three days after our team left Alaska, I received a phone call from the Alaska event organizer. One of the young moms who was in the audience was given notification that her husband would not be coming home, not for Christmas or forever. As she was notified, she said, “I’m so glad that I went to the Heroes at Home event because the last time I spoke to my husband on the phone, I was going to vent on him. I was so mad that the Army had extended them during the holidays. My husband is my best friend, I tell him everything. But instead of venting, I can live with the fact that the last words I ever spoke to him were, “I love you, I am proud you and I’m going to be all right.”

Yes, a Hero at Home is courageous and that is what you are if you are a military family member reading this blog. Thank you for your courage.

For the rest of us, how can you help bring courage to a Hero at Home?

One way is to donate to what we are doing, so that we can continue to give these brave men and women in uniform this very important message from America,

“We love you, we are so proud of you and together, we will be all right.”