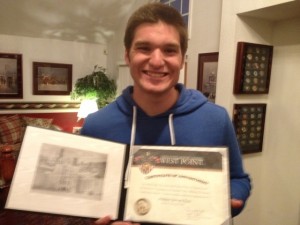 This is the Academy time of the year—no I don’t mean the heat of summer, although this time of year is lovely in Southern California. But I mean it’s the time of the year when students begin to fill out applications to compete to get a little piece of paper in the mail worth more than $425,000. This would be an appointment to the Air Force Academy in Colorado Springs, the Naval Academy in Annapolis, West Point in New York or the Merchant Marine Academy and the Coast Guard Academy.

As both an ALO (Admission Liaison Officer for the Air Force Academy) and a mom of three sons who went to academies, I’m here to say that this is a VERY exciting time for applicants to work toward their appointment! I remember when my sons received theirs, we ate on “Happy Plates” (a Kay family tradition when we celebrate a family member achievement). If someone in your world is interested in pursuing this kind of a dream, then share the following insiders tips 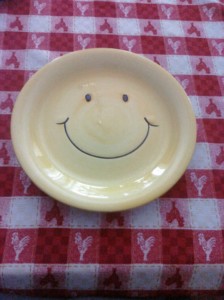 with them to maximize their opportunities to succeed.

A couple of our sons garnered one million dollars in scholarship offers, and in both cases two of those offers were from federal service academies.  These are highly competitive and look at the whole person. So it’s not enough to be a brainiac, they are also looking for students who are exceptional in the area of athletics, community involvement and leadership.  In return for this amazing education valued at $425,000, your student will be required to serve in the military for their “commitment” period. The commitment is a minimum of 5 years of service and can be longer, depending on a number of factors in regards to additional training after graduation. For example, our Air Force Academy grad owes 10 years of service because he went to pilot training to fly the F15E Strike Eagle.  If you have a “hero at home” who wants to go to a service academy, there are several things to keep in mind.

One of the first places to visit is your service academy’s admissions site:

Coast Guard Academy (does not require a congressional nomination)

From Prospect to Appointee:

It’s important to check the specific military academy website for updated information on your desired academy, but in general, here are the basics that you will need before you even consider applying:

Because it is so incredibly competitive to gain entry into a service academy, the following high school courses will help make the applicant more competitive:

One of the academies defines character as “One’s moral compass, the sum of those qualities of moral excellence which compel a person to do the right thing despite pressure or temptations to the contrary.” (USAFA) They also define leadership as “The process of influencing people and being responsible for the care of followers while accomplishing a common mission.”  These academies are looking for future leaders with the highest moral character possible. 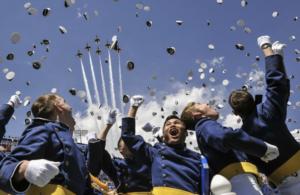 Academies are looking for people from a wide variety of life experiences and the word “diversity” at these institutions no longer applies exclusively to race or cultural background. USAFA defines diversity as: “a composite of individual characteristics that includes personal life experiences (including having overcome adversity by personal efforts), geographic background (e.g., region, rural, suburban, urban), socioeconomic background, cultural knowledge, educational background (including academic excellence, and whether an individual would be a first generation college student), work background (including prior enlisted service), language abilities (with particular emphasis on languages of strategic importance to the Air Force), physical abilities (including athletic prowess), philosophical/spiritual perspectives, age, race, ethnicity and gender.

Join us again for part two of this blog series when we will cover nominations and appointments, The Liaison Officer, and Summer Leadership Programs. Please share this blog with someone you know would love to attend a service academy and who has the potential to be among the best and brightest in our nation who will be offered appointments.