Being part of a gold star family is like being part of an honored and exclusive club—but one that no one wants to join. The gold star indicates that a member of that family died while serving their country. We are a three-star blue star family, which means that we currently have three family members serving with sons in the Marines, Air Force and Army. We’ve weathered 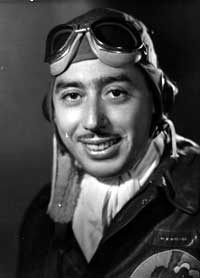 deployments to Afghanistan and Iraq—praying our way through each day they were there. We never want to add another gold star to our family.

Yes, our family is a gold star family because of my Grandfather, SSGT Walter Rawleigh, a bombardier on a B-24. He was on his 47thmission in Madang, Papua New Guinea. Fully gassed and loaded with bombs, the “Cisco Kid II” had an engine malfunction on take-off and crashed into an encampment of Seabees having breakfast. Ten members of the crew and 165 Seabees suddenly died that day. Obviously, I never knew my grandfather and my dad was a young child when his father perished. I know that my father, Chief Master Sgt Rodger Rawleigh, USAF (Ret) was inspired to serve because of the fact his dad never came back from war.

Memorial Day is about gold star families and should not be confused with Veteran’s Day. The latter is a day which honors all who have served in the United States military. A memorial is a remembrance of those who paid the ultimate sacrifice. It’s not a day to say, “Happy Memorial Day,” even though many Americans have a day off. Many will use that time to picnic and enjoy their families and friends. In fact, the original tradition of this day was to eat a picnic while sitting on the grounds of a cemetery.

This national holiday was first recognized by Congress in 1971 and before that time it was known as Decoration Day, which 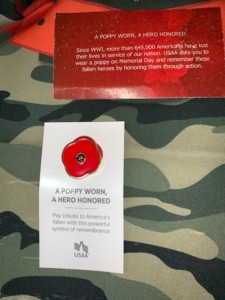 originated shortly after the Civil war. Besides my Grandfather’s tragic accident, 645,000 Americans have given their lives in defense of our freedoms. What can we do to appropriately honor those who died? I’m glad you asked.

Honoring our fallen with a poppy is a tradition that was inspired by the poem crafted in 1915
entitled, “In Flanders Fields.” It was written by Lt. Col John McCrae after he lost a friend 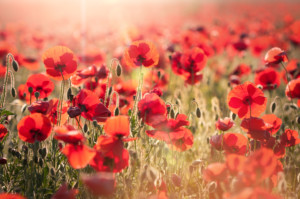 during WWI.  McCrae’s poem inspired Moina Michael, an American professor and volunteer for the American YWCA, to write a response poem, “We Shall Keep the Faith,” vowing to wear a red poppy as a symbol of remembrance.

But it’s not limited to our country, the poppy is used as a symbol of remembrance all over the world. Along with the American Legion, we encourage people to wear or display a poppy on this weekend to remember those who lost their lives in battle. 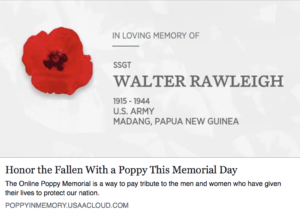 I invite everyone to join the conversation online using #honorthroughaction and share your story. What does Memorial Day mean to you? Who are you honoring? You can visit www.poppyinmemory.com to dedicate a digital poppy to a fallen hero or as a gesture of appreciation for those who have sacrificed all. It only takes minutes to participate and I want to thank USAAwho are sponsoring this initiative and for all their help in Heroes at Home.